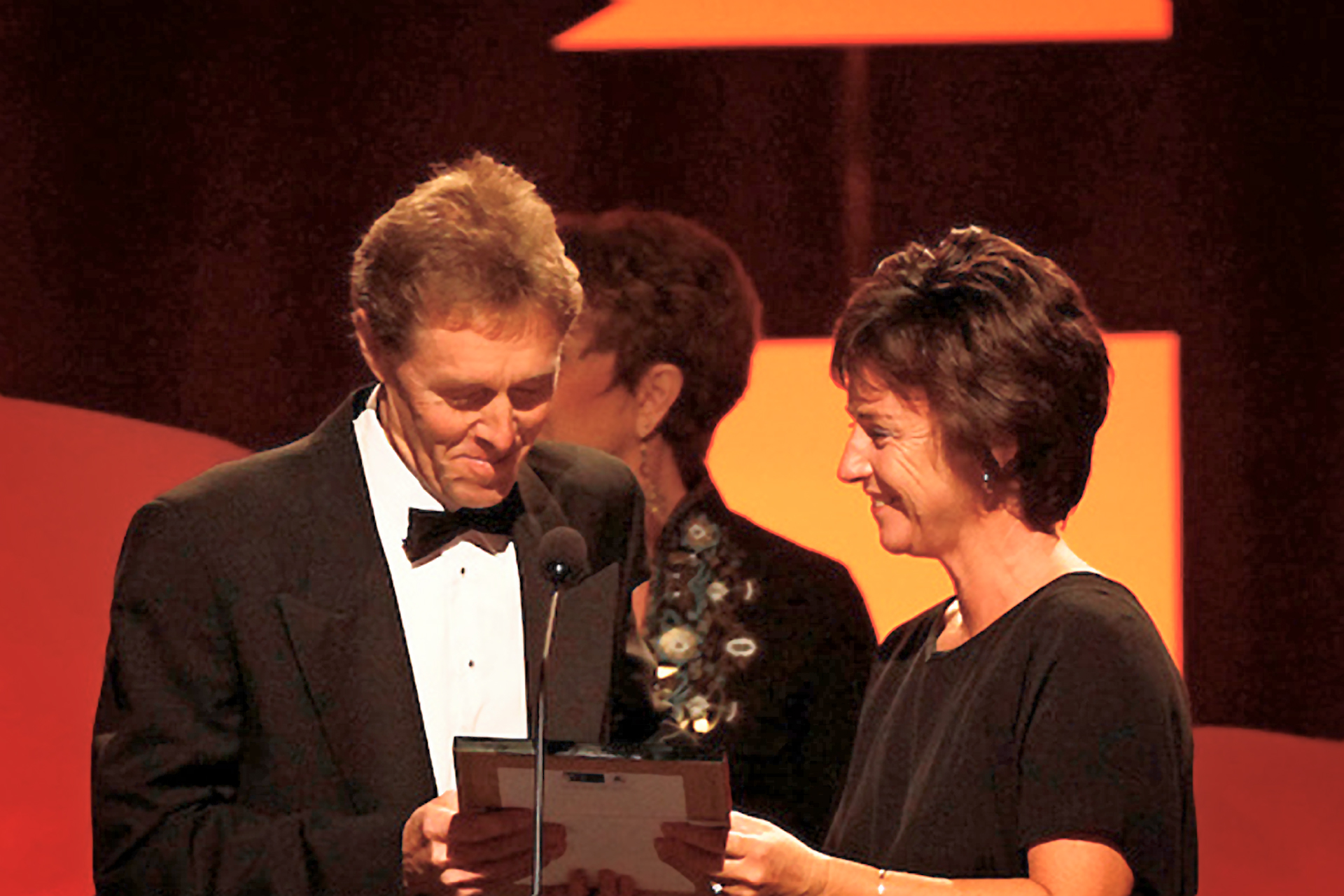 Night to remember for NZ Squash

Squash was one of the big winners at the recent Halberg Awards in Auckland with Ross Norman and Suzie Simcock among the award recipients.

Squash achieved a notable double in New Zealand last week when Susie Simcock and Ross Norman were honoured at the annual Halberg Awards dinner in Auckland.

Susie Simcock, a National Olympic Committee board member for more than 20 years, became the first woman to receive the Leadership award.

President of the World Squash Federation for a maximum six-year term from 1996, Ms Simcock is Chairman of the WSF's Olympic Affairs Committee and is playing a leading role in the sport's bid to join the programme for the 2016 Olympic Games.

Ross Norman became inducted into the New Zealand Sports Hall of Fame. The 1986 World Open champion is the second squash player to receive the honour, behind the legendary Dame Susan Devoy, who was inducted in 1993.

Indeed it was Devoy who attracted much of the media attention associated with the sport in the mid 1980s, when Norman upset world number one Jahangir Khan to grab a piece of the limelight for himself. Khan had not been beaten in five and a half years, before the kiwi world number two's 9-5, 9-7, 7-9, 9-1 victory in the final of the World Open in Toulouse.

It was the highlight of a sensational year for Norman, who scooped several other titles in 1986 including the French Open, Irish Open, European Open, German Open and the New Zealand Open. Norman represented New Zealand at the World Team Championships no less than six times, never finishing outside the top five, with the best result second place in both 1985 and '87.

Norman now lives in England, but had no hesitation in returning home to accept his induction into the hall of fame. "It is an honour and a privilege to be recognised in this way, and it is truly the icing on the cake as far as my squash career goes. Some incredible athletes have been inducted in the past, and it is humbling to be honoured along side them.

"When you are playing sport at the top level, you are aware of the possibility that awards may come your way - but I haven't been competing internationally for some 15 years, so this is a bit of a shock."